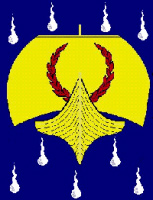 The Barony Of Stormhold is the SCA's name for central, western and northern Melbourne, Australia plus Western Victoria. The Barony has two Cantons . The Canton of Dubh Thrainn covers the northern suburbs while the Canton of Caern Fail covers Ballarat, Bendigo, the Golden Triangle and the Surf Coast.

The Barony is headed up by a Baron and Baroness. The current Baron and Baroness, Sir Hugh the Little & Baroness Therasa Commins, are the 6th couple to hold the Barony for the Crown. Stormhold is part of the Kingdom of Lochac and is the original SCA group in Victoria.