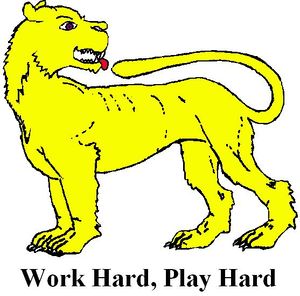 House Golden Panther was formed from a portion of a household known as Foxraven, which split in 1994. The other portion is House Ishee. Its members are primarily interested in service. Household members are often staffers at events throughout Gleann Abhann. The group's interests include autocratting, feastocratting, scribal arts (calligraphy and illumination), heraldry, and fighting.

The house operates as a family in the SCA. Mundanely, its memebers gather occasionally to garb, gab, and game.