Siegfried von Kulmbach was the victor in the first Crown Tournament held for the soon-to-be Kingdom of Northshield, held on May 8, 2004 in the Barony of Windhaven. Inspired by Bridei nic Gillechattan, he bested Count Tarrach Alfson in the finals, having lost only one bout that day. He was crowned King by his own hand on October 16, 2004 in the Shire of Silfren Mere.

Siegfried is the head of House Kulmbach, a combat-oriented household of Northshield. Shown below at Fighter School XV, King Siegfried teaches a class on two-sword combat technique, his favoured style. 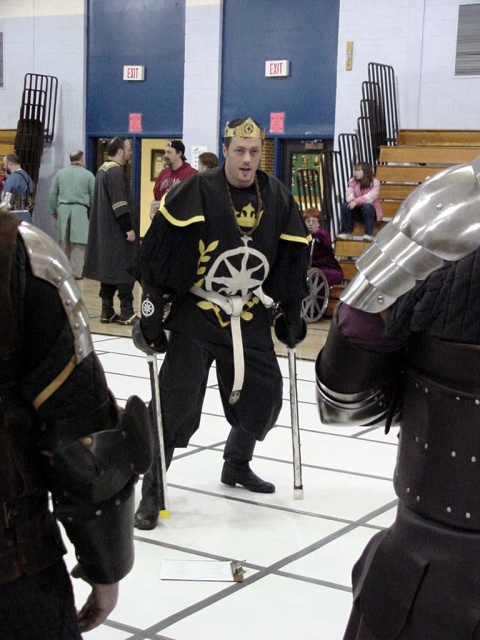