Difference between revisions of "Pell"

A Pell is a stationary target used for practicing sword strikes. In its simplest form it is an upright post of sufficient stability to withstand repeated blows. More complex forms include "arms" and "legs", or a greater or lesser form of padding.

The pell is used to practice sword strikes, learn speed, develop accuracy and form muscle memory. Most fighters consider it an essential part of training, allowing repeated controlled strikes on an unchanging target. 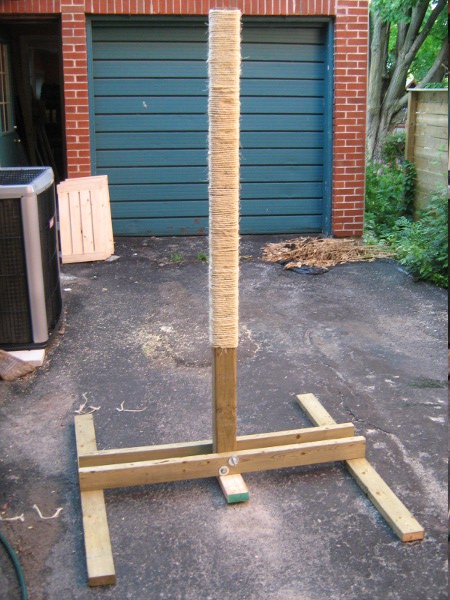 In Ealdormere a rookie fighter who has poor footwork and is unwilling or unable to throw blows at his opponent is sometimes derisively referred to as "Pell".