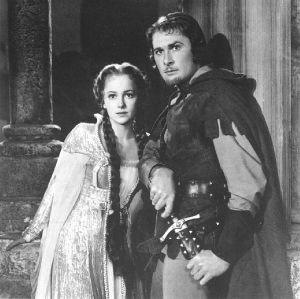 Dresses bought in a fantasy or rennaissance faire store are usually medievaloid - they look medieval to the untrained eye but don't quite fit any one time, place or style. Other examples would be leather belts with a metal loop instead of a buckle, heraldic banners with modern symmetry, and the concept of everyone at a feast having a knife as the only utensil and drinking from pewter beer steins.