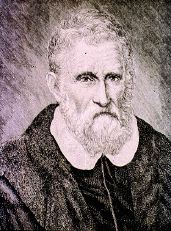 Marco Polo was an explorer who wrote a great deal about his travels to China in the 13th century. He claimed he was well received in the court of Kublai Khan but there is little Chinese evidence to verify his presence. While his writing doesn't mention chopsticks or the Chinese writing system, it does discuss strange technologies like kites that lift men and fireworks that certainly aren't European.

His book, Il Milione ("The Million" aka "The Travels of Marco Polo"), was written in the Provencal language once he had returned to Europe.