Difference between revisions of "Citole" 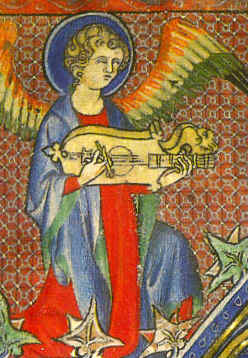 The citole is a plucked, freted musical instrument thought to have descended from the Greek kithara. It first appeared in Europe during the 12th century, and was widely used during the 13th and 14th centuries.

The citole appeared in many forms, and was occasionally confused with a gittern, but there are several features that seem to be common to most citoles such as a fretted neck and four courses. The strings are often depicted as being plucked by a long plectrum.