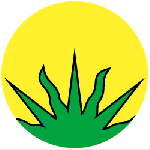 Populace badge of the Kingdom of the West

A badge is a heraldic insignia, simpler than a device. It is not associated with a shield, and is often depicted on a circle. It might be worn on the belongings of a lord or on the sleeve or shoulder of a retainer, servant or dependant. In the 15th century their placement on the breast became common.

Originally granted to great lords who could field large forces of men, but by the 15th century it was being used by all commanders of men. By the end of the 16th century they were becoming less and less common. It was adopted in the Middle Ages for use by retainers to indicate their allegiances.

Badges in the SCA

In the SCA it is often used to identify your possessions or membership of an order, guild, or household. Like devices, badges can be registered with the College of Arms.